The Story of Pies 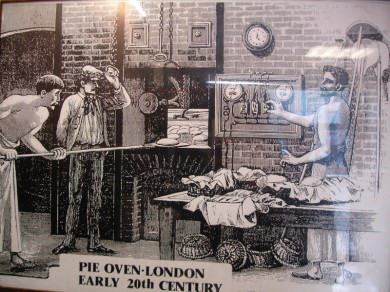 Pies were first made by the Romans.  They used to cook the filling and seal it in a clay shell which could be reheated on their travels.  Later they introduced a “paste” layer made from maize which covered the food.  This could then moistened, cooked and eaten.  This “paste” layer is the origin of the word pasty.

In Britain the welsh mines introduced the famous double crust Cornish Pasty.  This was made from succulent meat, potato and vegetable fillings, surrounded by puff pastry with a dough rim on one side. As cleaning coal from the miners hands was a time consuming and often difficult exercise, they held the rim while eating the pasty and then discarded it.

During the industrial development and mechanisation of the last few centuries, the quality of pies dropped considerably with fillings becoming minced and liquidised, along side cheap pastry ingredients.   This damaged the image of the pie which was once the food of Kings.

THEN CAME THE PIEMAKER, selling original chunky filled pies made to their own traditional recipes and specially supplied by local manufacturers with high quality ingredients. The Piemaker prides itself on high quality, natural and fresh cooked pies.

But dont take our word for it.....come and try for yourself!